Adani out; it's MDL Vs L&T to build $6.3-billion submarines for India Navy

New Delhi: India’s state-run Mazagon Dock Shipbuilders Limited (MDL) and private firm Larsen & Toubro have been chosen to battle it out for a Rs 45,000-crore ($6.3 billion) tender for building six next generation conventional submarines for the Indian Navy.

Indian media reports of the Ministry of Defence (MoD) favouring Adani Group, which had tied up with Hindustan Shipyard Limited (HSL), turned out to be false.

Opposition Indian National Congress had alleged crony capitalism against the Narendra Modi government, claiming that it was favouring Adani Group, after report emerged that the Department of Defence Production, which administers HSL, had asked the navy to consider the Adani-HSL joint bid. However, the proposal did not find favour, as Adani did not have a shipyard and HSL did not have the financial heft to make the cut.

The people mentioned earlier said, the joint bid had not qualified and hence the Empowered Committee of the MoD had not chosen Adani-HSL to be among the contenders for being an Indian strategic partner.

​This was the first meeting of the DAC in the new year 2020 and after the appointment of the first ever Chief of Defence Staff General Bipin Rawat and it considered for approval a number of new and ongoing proposals for procuring critically needed platforms and equipment for the armed forces.

The DAC also did not take up for a decision another navy proposal for manufacturing 111 Naval Utility Helicopters under the SP model.

​To promote indigenisation, the DAC accorded approval for procurement of equipment worth over Rs 5,100 crore ($716 million) from indigenous sources.

These include sophisticated Electronic Warfare Systems for the Indian Army designed by the Defence Research and Development Organisation (DRDO) and manufactured locally by the Indian industry.

These systems will be used in deserts and plains and will provide comprehensive Electronic Support and Counter Measure capabilities to the field formations in both communication and other aspects of Electronic Warfare.

​The DAC also approved prototype testing of trawl assemblies designed by DRDO for T-72 and T-90 tanks providing an important indigenous de-mining capability to the army.

​As mentioned earlier, the most significant decision was the approval for shortlisting of Indian SPs and the potential OEMs that would collaborate with SPs to construct six conventional submarines in India.

This programme is being progressed under the ‘Strategic Partnership‘ model, promulgated in 2017 to give a major boost to ‘Make in India‘ in the defence sector.

The Strategic Partner is expected to play a transformational role in building an eco-system in the country, comprising development entities, specialised vendors and suppliers; especially those from the MSME (Micro, Small, Medium Enterprises) sector, the MoD said in its statement.

The SP model also aims at promoting India as a manufacturing hub for defence equipment, in addition to establishing an industrial and Research and Development ecosystem capable of meeting the future requirements of the armed forces besides giving boost to exports.

​The DAC also accorded approval for inclusion of Innovation for Defence Excellence (iDEX) in Defence Procurement Procedure (DPP). This would provide avenues in capital procurement for the armed forces to startups and innovators working for iDEX and provide huge fillip to their budding efforts.

These decisions are also in keeping with the mandate given to the CDS and the newly-constituted Department of Military Affairs (DMA) to promote use of indigenous hardware by the Services. 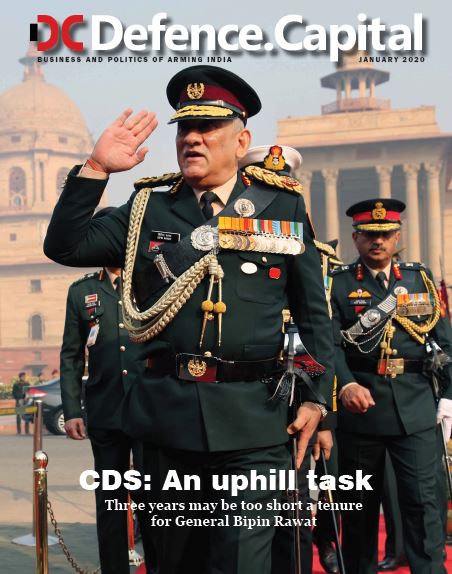